When Women Were Birds There Were No Secrets 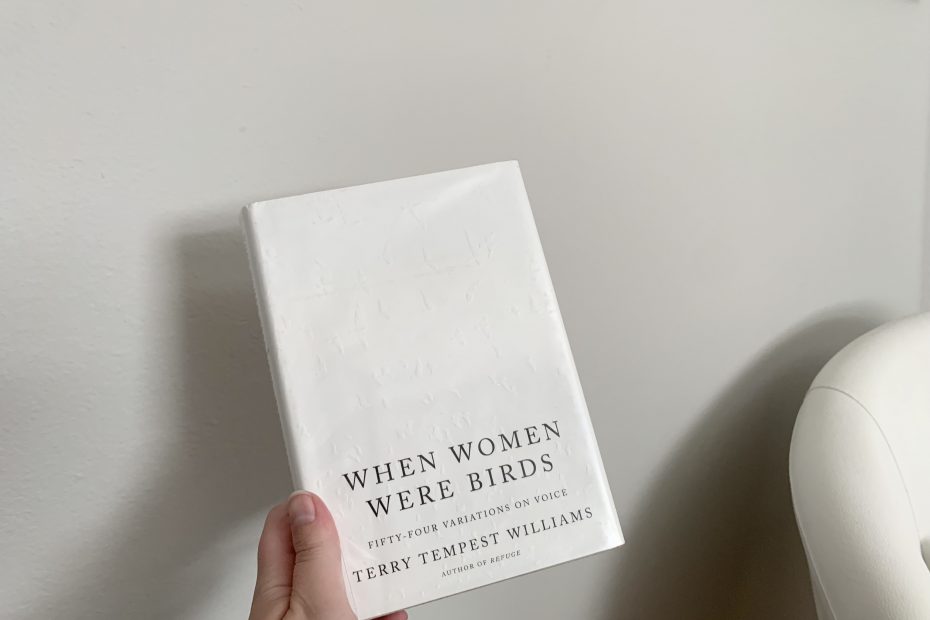 My Grandma Betty had a secret. The kind of secret that haunts you to your grave, that creates a dark swirl around you and each day your heart becomes a little blacker from holding on to that secret for so long. Some secrets are chilling. They whirl and snake so far into ourselves we lose them in our blood and organs and memories. The secret embeds into us, becomes a part of us. Some might think it a parasite, living off its host, others an ally, supporting the secluded. The line between parasite and ally can be convoluted. They are easily confused.

Many years after Grandma Betty’s secret was buried, when it finally came out into the open, the swirl attacked her. It forced her to remember what had embedded within her all at once.

More than ten years after Grandma’s secret floated out, but only one year after I heard about it, I walked through the Barnes & Noble bookstore before Christmas, watching everyone search for books for their friends and families. I was selfishly looking for my own books. The bookstore in the town I lived in had closed, and whenever I find myself in a bookstore, hours go by as I search for additions to my bookshelf.

Looking for nonfiction books is tricky because the nonfiction categories are ambiguous and deceiving. I can find a political book in the History section, a memoir in Cookbooks, a biography in Environment, a poetry book in Biography. But for some reason my fingers plucked up a small, almost pocket-sized book: When Women Were Birds: Fifty-Four Variations on Voice by Terry Tempest Williams. If I remember correctly, it was under the autobiography section. I had never heard of her before. I didn’t read the back or inside cover, I purchased it on the title alone. Voice. That was intriguing enough. As a writer and young woman, I have always struggled to understand what teachers and mentors meant when they said, “Find your voice.” Maybe this book would help me find mine.

When Terry Tempest Williams’s mother died, she left her journals to her daughter. There were numerous journals on a shelf, ready to be read by one who missed her mother, but when Terry went to read them she was shocked. They were blank. Numerous and empty.

In a plastic bin in my basement, over twenty notebooks were filled with my grandmother’s handwriting. The dates were more recent than not—Grandma started journaling later in her life. She had started to write after the secret became known. It had taken her some time to find her voice.

I read Williams’s book speedily, my heart aching for a resolution. Why were her mother’s journals blank? What happened to her mother’s voice? I took notes in my own notebook from this pocket-sized book.

–Each of us has a voice.

-A voice requires the act of listening.

-Each voice belongs to a place.

Grandma Betty loved Betty Boop and drove a little red car with Betty Boop floor mats. She was a thrifter as well, a woman always searching for a deal. It is often joked that my love of shoes came from her, a woman with too many shoes to count. She was a beautiful woman and tried to keep up that beauty until her hand shook so much she couldn’t apply her makeup.

When she turned fifty, a secret slipped out of her subconscious. Her uncle had raped her when she was a young teenager. When he went to prison for it, he hanged himself.

Some women keep secrets, we keep silent secrets. Sometimes we let them slip through our lips, like a bird’s song, making light of the secret to reveal the telling. Or we smother it beneath our truths, underneath a silent voice, usually below a smile.

Why do we keep secrets? It seemed for my family when men did so, for shame. For women, protection. When men held on to secrets, it was because they didn’t want the secret to come out, ashamed of the past. When women held on to secrets, it was to protect. If the secret escaped, someone would be hurt. And so women bear the pain, the hurt, the swirl. Women hold on to the darkness for others.

A bird’s song isn’t solitary; other birds continue the song. And this secret had depths. Her father was involved in some form, with her uncle. My great-grandfather had shameful secrets.

My mom was angry with my grandmother for her childhood, for the kind of mom Betty had been to her. The darkness in Grandma Betty outputted with alcohol, painkillers, and men. But my mom was angry when she was too young to understand the secrets of women.

The voices that sprawled across pages and pages of my grandmother’s notebooks were the aftereffects of a spilled secret. Within the pages of a notebook, Grandma Betty searched for a voice that had been annihilated by men’s shameful secrets. Her journal seemed sporadic and uncertain at times, like different women were writing. One day her handwriting was long and sprawled across the page, another day it was short, bulleted, and specific.

Trauma might be what buried Grandma’s secret so deep within her that it took almost forty years to burst out. When I found this out, after growing up myself and dealing with my own sexual abuse as a child, I thought to myself, she kept the secret because it had been too painful.

But I hadn’t learned my lesson yet.

Voice can be silent. Terry Tempest Williams reckoned with that fact—that her mother left her blank journals that still said something. They told their own story in their blankness. Grandma Betty’s silence did as well.

“It wasn’t the pain,” my mom affirmed for me, her eyes misty and shrunken a little in thought. “She entombed the secret for her family. Her mother, your great-grandmother, had died at a very young age. She had older sisters who believed in the family, in their father. She buried it for them.”

Grandma Betty hadn’t kept the secret because it was painful; she had kept the secret to keep her family. She had been stronger than the secret. I wonder if there are birds who like to listen to other birds and not sing themselves—who bask in the songs of others.

When Women Were Birds brought to mind a world where women were freer, able to use their voice whenever they wanted to: “Are we still? Or are we in motion, never to be caught? We remain elusive by choice.” (129)

And for a moment the thought of wings at my side and a blue sky above me was thrilling. When women were birds there were no secrets. We flew away from swirls of darkness while singing to each other. We told stories through songs, not caring who could hear our songs.

But we are birds no longer.

I told you that Grandma Betty kept the secret to protect others, to protect her family. It’s what my mom believes and I’d like to believe it—to give my grandma a choice.

It wasn’t a choice, though, and her notebooks prove that. They took that from her, and maybe it was buried until she was strong enough to sing a song herself with a melody that enabled her voice to outpower the churn of stolen choice.

When my sister and I went through our abuse, our grandmother was one of our champions. She told my mom over and over that we needed to go into counseling and talk about what happened to us, our feelings, our anger, our own stolen choice. It took twenty-six years for me to realize that I was more like Grandma Betty than I had ever known. It was more than our love for shoes—it was a shared search for voice and identity in words, an overzealous focus on control we battled throughout our lives after losing our choice.

It was learning how to be more like a bird.

Rebekah Morris lives in Minnesota where she works to feed her cats and hungry library. She has her MFA in creative nonfiction from Goucher College. She’s been published in The Smart Set, Make MN, ANMLY Press, and Emrys Journal and received honorable mention for nonfiction from the League of Utah Writers for one of her essays.

Grab your copy of When Women Were Birds: Fifty-Four Variations on Voice by Terry Tempest Williams on Bookshop.