One Who Keeps the Night Alive: Poetry for Insomniacs by Marina Tsvetaeva and Hafez 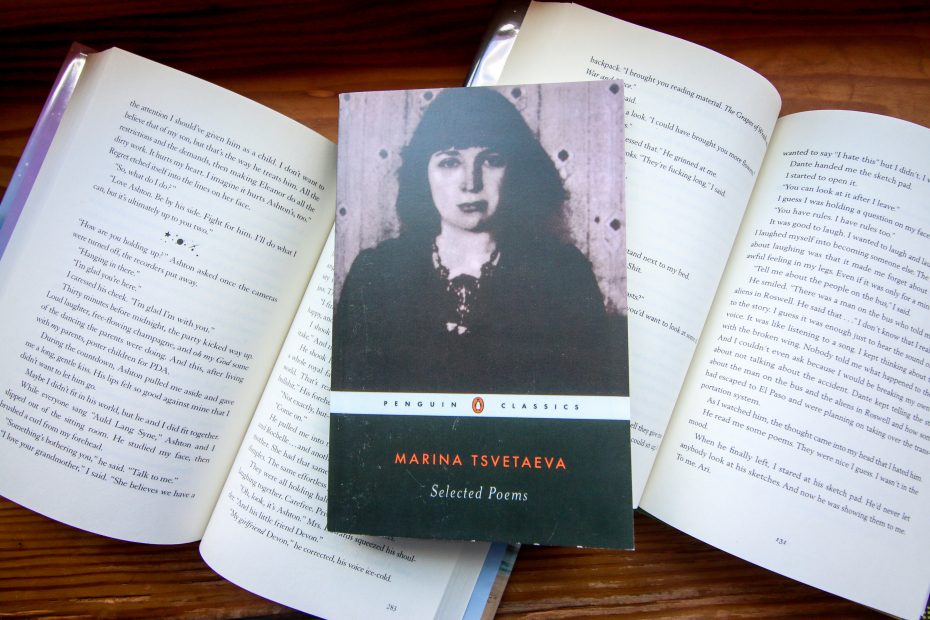 I have nothing against sleep. As Blanchot said, sleep transforms night into possibility. But in order to appreciate the possibilities created by sleep, it is necessary to be awake. So I love being awake even more than I love being asleep. Not awake any time, but specifically at that time when, according to the world, I should be sleeping. I love the peace that overtakes my apartment in the stillness of the night, when the streets are empty and everyone is absorbed in dreams.

The surreal quiet in the middle of the night echoes the peace of early morning, near the break of dawn, with a difference. The break of dawn marks the end of peace, but the silence of the night marks its beginning. I prefer beginnings to ends. I love the horizons they expose, showing us that anything can happen and nothing is foretold. With its workaday routines and its drumbeat of inevitability, morning brings this illusion to an end.

In my preference for evenings over mornings and for twilights over daybreaks, I often feel alone. Even medical science would seem to contradict me. Time and again, we read about the health benefits of getting up early and going to sleep early. We are informed that those who stay awake until dawn are liable to experience all kinds of morbidities: hyperglycemia, heart disease, even diabetes. The scientific studies that warn of the increased risk of these diseases for night owls may be right, but they don’t say everything that needs to be said about my body, let alone my soul. Contrary to what science informs me, my energy levels are highest late at night, between 1 and 3 a.m. Why do those who preach against the night ignore the psychological costs of being deprived—through sleep—of this most intense and intellectually fertile interval in every circadian cycle? The armistice between twilight and dawn cannot be compared to any other mode of existence. It is, put simply, the best time to be alive, the epitome of freedom, a gift.

Even though I lack the backing of medical science when I assert that the depths of the night are the key to my sanity and health, I do have the backing of Persian language, which comprehends poetry perhaps better than any other. Persian does not rely on clichés like “night owl” to describe the physical condition of those who stay up late because they are in love with the night. Instead, the language says exactly what needs to be said: the person who stays up late at night by habit is shab zindeh dar—one who keeps the night alive—in contrast to sahar khiz—the one who awakens the dawn. Hafez connects the eyes of a person who loves to stay up late with the eyes of a lover:

I made a thousand efforts to make you love me,
to comfort my restless heart,
to become the light of my eyes, giving life to the night (shab-zendeh-dar),
to be the companion of my hopeful mind.

The seventeenth-century poet Sa’eb put it even more beautifully, also locating the impulse to stay awake late at night in the eyes:

I keep the night alive when I stay up late, refusing to partake of the oblivion that all my neighbors are inhabiting at this very moment. I refuse, not because I don’t love this oblivion—I need sleep just as much as anyone else—but because my body needs to diverge from the norm. I need to live according to my own rhythm.

Among modern poets, perhaps Marina Tsvetaeva understood the lure of the night better than anyone. In her poem cycle “Insomnia,” she wrote:

Here again is the window
where again they don’t sleep.
Maybe—they are drinking,
Maybe—they just sit like that. […]
In every home, friend,
there is such a window.

I feel that Tsvetaeva is peering into my window. She sees me alone, not drinking, just sitting and watching the blizzard of stars make the night radioactive.

In the end, we are headed in the same destination. I sleep just as much as the next person. I just like to delay that descent into oblivion longer than others do.

I have yet to meet anyone who relishes the physical pleasure of staying up all night as I do, not because of nightlong parties or other celebrations, but simply because this is when I am grateful to be alive. But when I read Tsvetaeva, I realize that I am not alone. There is an entire community of lovers of the night, most of whom are now mixing with the stars.

The middle of the night is when I most feel like dancing. To be alive yet invisible—to have no fear of being watched—is ecstasy.

We must catch up on the sleep we miss during these days of torment and anxiety, marked by pandemics and senseless deaths. We must take care of our bodies, just as we would look after our souls. The best way of doing this is to break the rhythms that are imposed on us by everyday existence. Sometimes, staying up late at night can be a necessary act of resistance to the quotidian world. Nights deserve to be lived, rather than slept through. We ought to vary the rhythm of our lives at least once in a while. It might teach us how to be at home in the world.

All translations in this essay are by Rebecca Ruth Gould.

Rebecca Ruth Gould is the author of the poetry collection Beautiful English (2021) and the award-winning monograph Writers & Rebels (Yale University Press, 2016). She has translated many books from Persian and Georgian. A two-time Pushcart Prize nominee, she was awarded the Creative Writing New Zealand Flash Fiction Competition prize in 2019.

Grab your copy of Selected Poems of Marina Tsvetaeva and Hafez: Translations and Interpretations of the Ghazals on Bookshop.