How a Hetero YA Novel Helped Me Realize I Was Gay 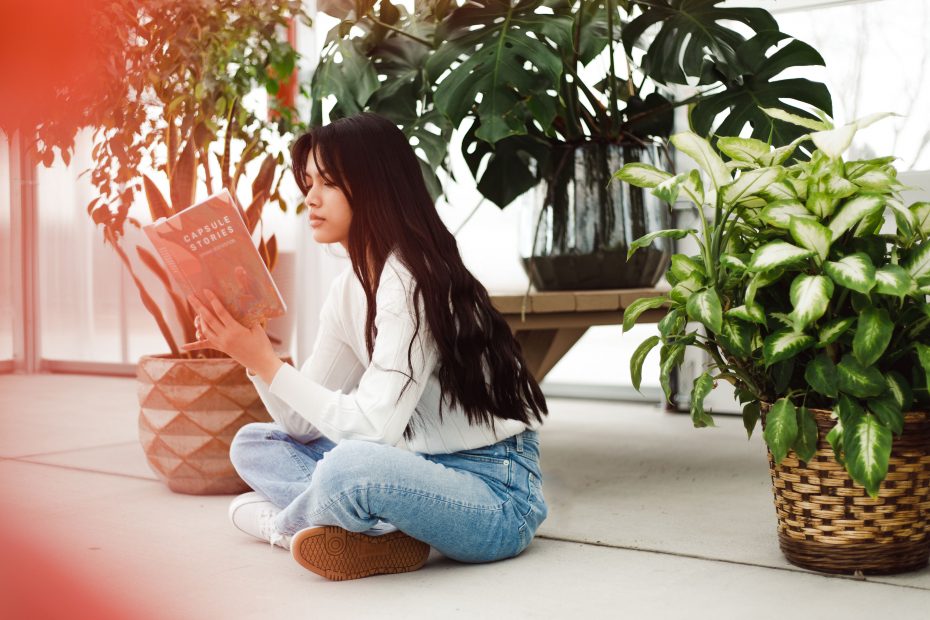 The summer after graduating college, my family visited relatives in South Carolina. It was hot and I was miserable. My dorm had never felt so far away.

My bag was packed with stacks of books, clever distractions for the thirteen-hour drive with my three siblings in the back of our minivan. One of the books I armored myself with was The Disenchantments by Nina LaCour. I was obsessed with LaCour’s debut, Hold Still, and her sophomore novel was one of my most anticipated reads of the summer.

The Disenchantments follows a group of high school graduates who go on tour with their band the summer before college. Colby, the male protagonist, and his best friend, Bev, plan to take a gap year traipsing around Europe together after the tour. When Bev announces that she’s changed her mind and is attending RISD instead, Colby’s future crumbles around him, particularly his future with Bev, who he is hopelessly in love with—not that he’s ever told her.

Reading the book in South Carolina, I felt awful. Complete anguish. I was relieved when it was done. It wasn’t until years later that I figured out why.

Let’s paint a picture of my life back in 2012: I considered myself straight, had participated in a couple of dull relationships with boys, and was hoping to fall for some hipster in grad school in New York that September, someone hot and intellectual, with a tiny studio apartment in some cool neighborhood I couldn’t name yet.

The problem with this fantasy, however, was that it completely ignored the slow, deep-in-my-gut feelings for my college roommate: a bright, bubbly blonde-haired woman who I considered my best friend. The person who when we were both tutoring underclassmen in the library, I couldn’t help but stay attuned to her voice, her movements, really everything she did. The person who I followed to our college’s gym twice a day, just because it was an excuse to be near her, wheezing over an elliptical machine while she breezed around the indoor track above me.

I had never really considered that I was gay. But there was something about this book, the utter misery of Colby being in love with his best friend, that made me realize I was feeling like this, right then, right that second, while I waited for Kaylee to text me back in South Carolina. That’s all it was, a feeling.  It didn’t help that Colby and Bev’s situation somewhat mirrored mine and Kaylee’s: in a month, I’d be moving to New York for grad school, leaving Kaylee behind in Western Mass, a decision that was becoming harder and harder to reconcile by the day. A week away in South Carolina was hard enough.

Maybe it was more difficult for me to relate to Colby and Bev because they were heterosexual. Their story, as resonate to mine as it was, wasn’t quite explicit enough to lead me to the I’m gay moment, not yet at least, hanging there in a hammock with the sun bright and obvious above me. I could count the number of gay characters I’d read about at that point on one hand (most of them from Nina LaCour, in fact). Maybe if I had been exposed to more lesbian stories, I would have had the language to articulate what was happening. Maybe they would have explained some things sooner: that waking up thinking about your female high school English teacher was not how straight girls started their days. That choosing a boy at random to declare as “my crush” in middle school wasn’t what everyone else was doing. That dating boys shouldn’t feel so empty. This ache, this crushed feeling, this was what liking someone really felt like.

And sure, I figured it out eventually. But in that moment, I had no idea why Colby and Bev’s story was making me so miserable. And that is why representation is so important. I read The Disenchantments, and thought, well, I’m not dating anyone, there isn’t a single male interest on my horizon, so why am I so upset? If I’d been exposed to more queer stories, maybe parsing out my feelings wouldn’t have felt so foreign.

Years later, after Kaylee and I started dating and both came out to our families and friends, I reread The Disenchantments. I found that I didn’t hate it. I liked it actually. It is one of my favorite books, now my favorite by Nina LaCour. Colby’s angst, his pining for Bev, his absolute frustration didn’t feel so close as it had back in 2012. I’d gotten the girl; in fact, she was sitting next to me, and she loved the book, too.

Karissa Venne (she/her/hers) is a digital resource development editor at Oxford University Press who lives in Western Massachusetts with her soon-to-be wife and their epileptic kitten. She received her MFA from The New School. Her work has appeared in F(r)iction’s Dually Noted and is forthcoming in Pure Slush’s Growing Up Lifespan Vol. 2. Learn more about her work at karissavenne.com.

Grab your copy of The Disenchantments by Nina LaCour on Bookshop.