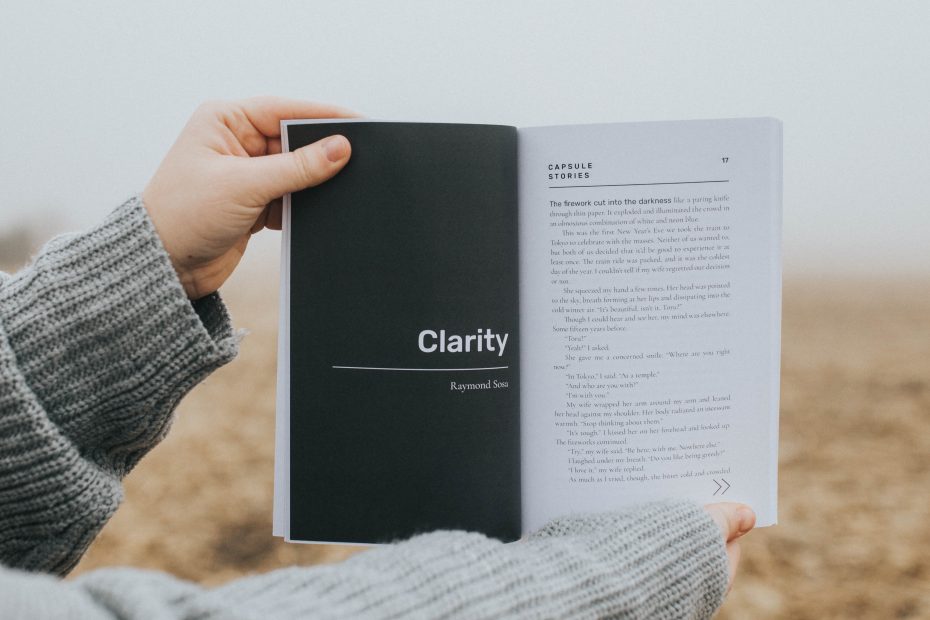 Raymond Sosa is a Canadian teacher of Filipino descent. His story “Singing in the Wire” was featured in Capsule Stories Autumn 2019 Edition.

His story “Clarity” was published in Capsule Stories Winter 2019 Edition. While watching New Year’s Eve fireworks, Toru is reminded of Daiki and Nami, friends from his past who have since disappeared from his life. In “Clarity,” Raymond Sosa explores grief, love, and those moments when you’re frozen in time, stuck with the memories of your past life.

Capsule Stories: “Clarity” originally started with an epigraph from the movie In the Mood For Love (directed Wong Kar-wai): “He remembers those vanished years. As though looking through a dusty window pane, the past is something he could see, but not touch. And everything he sees is blurred and indistinct.” Tell us a little about why that line stuck with you and how it influenced your story.

Raymond Sosa: I’ve always been interested in memories and how different people hold on to the past. Some are able to look at the past in complete clarity as if it were filmed in 4K. Others, like myself, often have trouble recalling those memories that are tucked away in the back drawers of their minds. The epigraph perfectly describes the way I see my past. It’s out of focus and much of it is obstructed or missing altogether. Certain places, certain people—they don’t exist as definitive entities. They exist as a feeling or an emotion. I know what they evoke, but I can’t be detailed about it.

I wanted to write a story with a character like me, someone who struggles to conjure a precise image of days gone by. It was fun to explore the idea that emotion does not have to be pulled from memories that are completely accurate or painstakingly specific.

Capsule Stories: What do you hope readers take away from this story?

Raymond Sosa: I must be honest—I never expect the readers of my stories to take anything away. If they do, then that’s great, but I never write a story with the intention of giving readers an emotion or an image on which to grasp. I only ever want to tell a story, and that’s it. People (or other living beings) doing something to themselves or one another.

It does make me happy, however, to hear how my stories have emotionally impacted people. It assures me that the characters and situations in my story are as human as we are.

Capsule Stories: What other writers have influenced you and, specifically, this story?

Raymond Sosa: There is only one answer to this question: Haruki Murakami. Every story I have ever written has been, in ways big and small, influenced by his work. From quiet atmospheres to Japanese winters to conversations that seemingly have no point, Murakami’s tropes are evident in my own writing.

The thing is, I am trying to move away from his style and into my own. I feel as if I have become so dependent on Murakami’s style and eccentricities that my work becomes an inferior homage to his work. “Clarity” was the last story I wrote where I allowed myself to get as close as possible to my creative inspiration, and it is my favorite story to date. It is difficult moving away from a style that I had come to embrace, but isn’t challenging yourself part of growing as a writer? One day I will find that individualism I have been searching for.

Capsule Stories: How do you make time in your life to write?

Raymond Sosa: My daily writing quota used to be 1000 words. That was when I was still a substitute teacher, and I didn’t have responsibilities that bled from one day to the next. Once I got my full-time teaching job, I reduced that quota to 750 words, and even further to 500. Right now, I write 250 to 400 words a day. I have been able to find time in my life because I know that my goal is small. There are days when I can reach my quota in ten or fifteen minutes. My philosophy is that it doesn’t matter how much you progress in your work. It just matters that you progressed. Stagnation signals the death of creativity. So long as I get something done, I am happy.

Raymond Sosa: I am trying my hand at writing nonfiction. I have a few pieces published in The Writing Cooperative and one in P.S. I Love You (it’s about my gigantic head). Currently, I am writing a personal reflection and analysis of Murakami’s latest short story, “With The Beatles,” which was published in The New Yorker in February. I am also shopping a brief article about the gut bacteria of a world-class ultramarathon runner.