Natalia A. Pagán Serrano on Exploring Her Relationship with Home Through Poetry 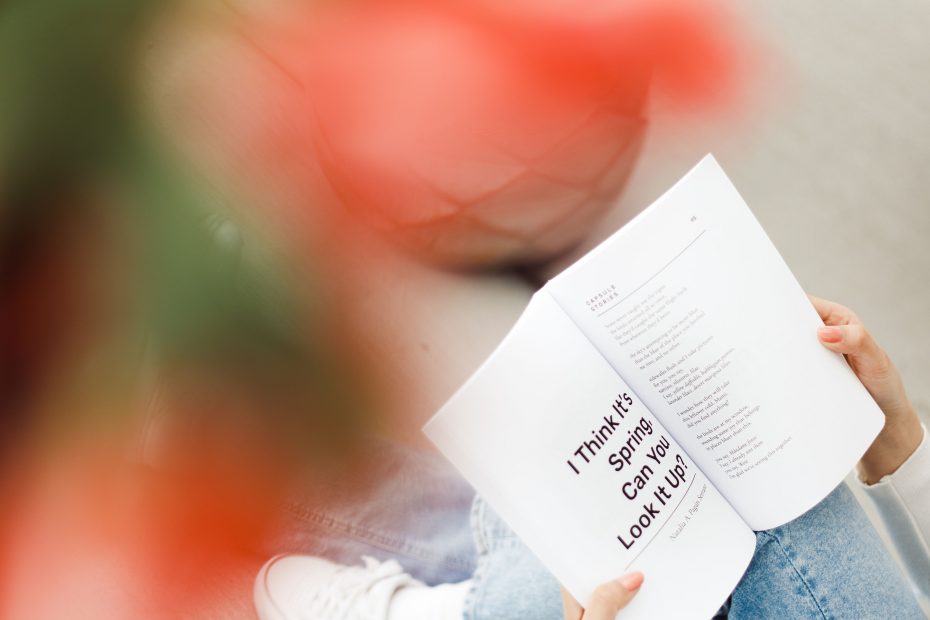 Natalia A. Pagán Serrano is a poet from Puerto Rico. She resides in Oregon drenched in tree-magic and rain. She adores her fiancé, Daniel, and her cat, Esteban. Natalia’s poems have been published in PANK Magazine, The Acentos Review, and Portland Review online, among others.

Natalia A. Pagán Serrano’s poems “Persephone Practices Social Distancing in the Underworld,” “today your twenty-year-old self reminds you home is beautiful,” and “I Think It’s Spring, Can You Look It Up?” are published in Capsule Stories Spring 2021 Edition. The poems explore the feeling of wonder that accompanies every spring that Natalia has experienced in Oregon since moving there from Puerto Rico.

Capsule Stories: Where did the idea for these poems come from?

Natalia A. Pagán Serrano: I wrote all of these poems at different stages of my two years at Oregon State’s MFA program. “I Think It’s Spring . . .” was written during my first year in Oregon, when I experienced spring for the first time. I wanted to capture the awe and wonder of seeing the flowers bloom and how desperate I was to share it with my mother back in Puerto Rico.

“today your twenty-year-old self . . .” was a late addition to my graduate thesis. I was looking through old pictures on my phone and found one of an early morning in my last year of college. The picture is of a big beautiful tree shedding pink flowers, and it was nice to remember that something like spring happens in Puerto Rico too.

“Persephone Practices . . .” was written after I took a walk outside during the early stages of the pandemic. I’d been inside my apartment for a couple of weeks, and I didn’t realize that I had inadvertently missed the beginning of spring, my favorite season. I have a special connection to the Persephone-Demeter myth, so the use of Persephone as the speaker came naturally.

Natalia A. Pagán Serrano: In Puerto Rico, it is always summer. Eighty degrees every day, humid to a fault. In Oregon, the seasons are marked by very obvious and wondrous changes in the environment, in a way I had never ever seen before. As I’ve spent more time away from home, my relationship to the island has grown more complex, in ways I could have never anticipated when I decided to leave. You forget when you’re away, good things, bad.

I guess you could say that my relationship with home is like the changing of seasons. Sometimes, I miss it something fierce, when it’s cold and rainy and the sun sets at 4 p.m. Or when I hear my mother’s voice and wonder about all the things I miss. Other times, I’m so far removed, I only remember the bad things and I resent it more than I miss it.

So when I found the picture this poem centers around, it was like rediscovering a piece of home I’d long buried away. With distance, see, you can grow a bit aloof or detached. You might only remember the bad things. It’s important to me now to remember that, like people, the places we love carry their own intricacies.

Capsule Stories: In “I Think It’s Spring, Can You Look It Up?” you write about sending photos of flowers to your mom and connecting with her over this sense of wonder of the beauty of spring. Why did you want to explore this idea of wonder and share this specific moment through poetry?

Natalia A. Pagán Serrano: My first year in Oregon, all of my poems were centered around the notion of how my relationship with my mother was changing now that we were apart. This piece actually belongs to a series I call my “mother poems.” Poetry has become a sort of lens through which I translate my emotions, the things I can’t casually say over the phone or through text, so it felt natural to put it down this way.

While I also wrote about winter and the darkness of Oregon, spring carried a different type of weight because it is so much about rebirth and blooming. After a long winter, spring is like a seed of hope, one I desperately needed during my time away from home and my mother. She hadn’t ever seen a spring like this one either, so I made sure to catalog it for both of us to remember.

Capsule Stories: Your titles for all three poems are strong—they’re specific and add a layer of meaning to each poem. How do you approach titling your poems? How did you land on the titles for these poems?

Natalia A. Pagán Serrano: I had a wonderful writing professor in college who taught me the importance of titles. I used to be rather terrible at them, even bringing in pieces to his class that didn’t have titles (he found that very insulting). Once I got to grad school, I grew to understand how essential titles truly are, so I made it a point to make them the first thing I thought of when writing a piece.

The way I develop poems, titles are usually the first thing I’ll have written down in a document. This was very much the case with these three poems. I like titles to act as a sort of trampoline into the piece, which is often how they end up reading as a first line, instead of a wider net that encompasses the general feeling or intent of the poem. This is how all three of these titles kind of tell you what’s going on, where to start the journey, but they also leave you wanting to know more. Like, what do you mean Persephone’s social distancing?!

Natalia A. Pagán Serrano: Historically, I have a terrible time identifying the poets that influence me, mostly because my writing process and the poems I put out are so deeply personal, and the time when I most actively read poetry was in graduate school. I realized there that I had influences that I didn’t know about, and as I discovered more and more contemporary poets, my style evolved.

Poets that I read in grad school that really changed the way I viewed what poetry could accomplish were Ada Limón, Eduardo C. Corral, Erika L. Sánchez, and Claudia Rankine. I find comfort and feel most seen when reading work by BIPOC poets, specifically, Latinx poets.

Natalia A. Pagán Serrano: Some of these poems were written much earlier than spring 2020. Grad school was intense, so I was producing a lot of work that would eventually end up in my thesis. Since I graduated into the pandemic, I’ve had such a hard time writing anything at all. When I wrote the Persephone poem, I thought that was the light at the end of a drought, but it ended up being that for most of 2020, I barely wrote anything at all.

Initially, I felt very guilty about it. I’d just gone to school for two years to learn how to hone my writing process and there I was, not writing. But I learned that whatever I did to get through quarantine and lockdown allowed me to survive, to not feel crippling pressure or sadness.

If I wrote ten poems in 2020, it’s a lot. Now, I’m slowly trying to return to my voice, or to be okay with letting it shift and do things I’ve never done before. I’ve made peace with the fact that what I write now might not be about wonder or joy, but about coping. Because we’re all just trying to cope, right?

Anyway, I’m having a really hard time with line breaks, so I’ve been writing mostly prose poems. I think the lack of space helps my voice make leaps that I wasn’t brazen enough to make in my MFA program.

You can find more of Natalia A. Pagán Serrano’s work at nataliapaganserrano.com, where she keeps readers updated on recent publications. You can also follow her on Twitter at @napspoetry.