Mary Ford Neal on Writing a Poem in Memoriam 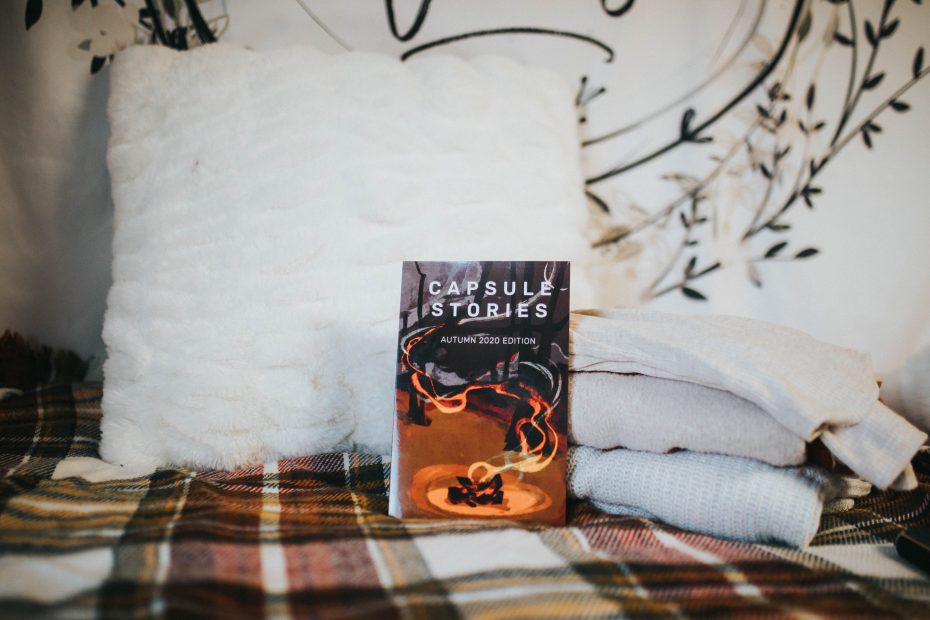 Mary Ford Neal lives near Glasgow, in the United Kingdom, where she works as an academic at the University of Strathclyde, teaching, researching, and writing about medical law and ethics. Themes in her current poetry include transitional spaces, edges, magical landscapes, the pop culture of the 1980s, the sacred in all its forms, afterlives, pain and enlightenment, and the relationships between human bodies and the natural environment. Her poetry has been published in Ink Sweat and Tears, Dust Poetry Magazine, and perhappened, and her first collection will be published in 2021. She tweets (often about poetry) at @maryfordneal.

Her poem “Slow Progress” is published in Capsule Stories Autumn 2020 Edition. She shared the story behind the poem on Twitter:

“I wrote this in memory/honor of a man I knew, who was a “long-term non progressor” (aka an “elite controller”). He was HIV positive but never went on to develop AIDS because his immune system was naturally very efficient at controlling the virus without the help of antiretrovirals. Having watched many of his dear ones become ill and die in the 80s and 90s, he was beset by terrible survivor guilt and eventually died of the depression associated with it. He was a wonderful human . . . I needed to memorialize him concretely somehow, and this is my small way of doing that. I couldn’t celebrate the publication of the poem without acknowledging that it references his experience.”

Capsule Stories: What has the response been to this poem? How has seeing readers respond affected your thoughts about your own writing and poetry?

Mary Ford Neal: As always when a poem comes out and I publicize it, I’m struck by how generous people are in their reading of it. I feel very fortunate to be surrounded, both in real life and virtually, by people who are incredibly supportive and who lift you up, and I’ve been lucky not to encounter the other sort. Two things I find particularly touching are first, when much more established poets say kind things (because I know they can probably see all the flaws but choose to focus on whatever merit is there!), and second, when my academic friends take the time to read and be kind about my poems (because I know how busy they are and how much else they have to read!). A thought that has occurred to me about the response to this particular poem is that although I was a bit concerned about writing in such a heart-on-sleeve sort of way—I wouldn’t necessarily say it’s my poetic comfort zone—people haven’t laughed, or at least not openly! So that has been a relief.

Mary Ford Neal: His life obviously made enough of an impression on me to inspire a poem, but I should be clear that, while the poem is about the suffering of a long-term nonprogressor, I can’t claim to speak from anyone else’s point of view and wouldn’t want to try to put words in his mouth.

The narrator of the poem is a separate, fictional character, albeit that the narrative is inspired by a real individual’s story. I felt there was no option but to write in the first person, from the “survivor’s” point of view—I didn’t consider any other possibility. In terms of what it was like as a writing experience: the narrative is necessarily me imagining what suffering of that kind might be like, since I myself have no direct experience of HIV or AIDS, or survivor guilt. As such, this piece is more imaginative than many of my other poems where I’m writing about feelings or situations that I have experienced.

Capsule Stories: Several readers have been drawn to the word “Frankenlife” in the lines “And now I make a patchwork of myself / a patch for each of them / all patches, Frankenlife.” Talk a little about creating this word and what meaning you want it to convey to the reader.

Mary Ford Neal: When I wrote these lines I was thinking specifically about the AIDS Memorial Quilt, which is made up of panels memorializing and celebrating the lives of people lost to AIDS—quite literally, “a patch for each of them.” In this passage I was imagining how the narrator of the poem might see himself, or his life, as a living memorial to his lost loved ones. But whereas the word “patches” to me can sound nostalgic or even romantic, I introduced the term “Frankenlife” (which I think I did coin!) to import a sense of horror—the narrator’s survival as a living memorial is monstrous to him, rather than celebratory, wistful, or nostalgic. At the time I wrote the poem I was thinking a lot about monstrosity and its symbolic value in my day job as an academic lawyer—specifically, about how pregnancy (and pregnant people, embryos, and fetuses) can appear “monstrous” under the gaze of the law. So I think this was also a definite point of intersection between my academic work and my poetic endeavors.

Mary Ford Neal: This one didn’t go through many drafts. To the extent that I tweaked it, I remember adjusting the formatting more so than the language or imagery. But I do remember settling on the metaphor of “burning” as the predominant theme and deliberately including a lot of “burning” words—“incinerate,” “scorch,” “alight,” “flared,” “consumed,” “crackling,” “spark,” and finally “burn” itself, in the last line—to try to make a really vibrant palette. To me, it felt like an appealing paradox to use very lively, active, “burning” imagery to speak, essentially, about death.

Capsule Stories: What other writers have influenced you, and specifically, this poem?

Mary Ford Neal: Although it is only being published now, I actually wrote this poem a few years ago, and I never thought of sending it out into the world until I saw Capsule Stories’s Burning Up theme and thought it might be a perfect fit—I’m very glad Capsule Stories agreed! So it’s hard to remember what I was reading at the time of writing it, but at that time in my life I think I was reading a lot of Edwin Morgan’s poetry, and Donal Ryan’s first couple of novels and his short stories, which I remember having a big emotional impact on me. So although it’s difficult to trace direct influences in this particular poem, I think that literature may be the context for the emotional content in it.

Someone else on social media saw an echo of Yeats’s line “But I, being poor, have only my dreams” (from “Aedh Wishes for the Cloths of Heaven”) in my line “I, being slower, lagged behind.” As soon as he said it, I saw that clearly, and it brought to mind yet another Yeats line, “But I, being young and foolish” (from “Down By the Salley Gardens”). But Yeats was definitely an unconscious influence—I’m sure there must be many others!

The poets who influence me more generally are people like Sinéad Morrissey, Jane Hirshfield, Edwin Morgan, Philip Larkin, and I consume new pamphlets and collections at a rate of knots. At any given time, I’m most influenced by what I’m reading right now, and at the moment I’m reading collections by Geraldine Clarkson, Jenny Mitchell, Rishi Dastidar, John McCullough, and Matthew Haigh, and pamphlets by Naush Sabah and Suna Afshan, and finding so much to admire and emulate. And then I’ll come across an amazing individual poem in a journal—like “Push the button, hear the sound” by Helen Mort or “The Girl with Her Tongue Stuck in the Freezer” by Isobel Dixon, and it’ll trigger something in my writing. To be honest, I find it difficult to read poetry for very long without wanting to stop and write!

Capsule Stories: Are there any questions you wish we’d asked? Ask and answer it below!

Mary Ford Neal: Which poem by someone else do you wish you’d written?

It’s something I love turning over in my head: which poems do I admire the most, among the vast (and always growing) number of great poems out there. The question lets me reflect on the various elements of “greatness” in a poem. So I admire the meticulous construction and sheer virtuosity of “The Whitsun Weddings” or the devastating emotional impact of “Aubade” (both by Philip Larkin), the profound truth and humanity in Sinéad Morrissey’s “& Forgive Us Our Trespasses,” the exquisite capturing of a moment in Edwin Morgan’s “One Cigarette,” and the brilliant use of rhythm and imagery in Gwendolyn Brooks’s “We Real Cool.” It’s impossible to value one of these things more than the others, so I wish I’d written them all—though they wouldn’t be nearly as good if I had!

Mary Ford Neal: I’m putting the finishing touches to my first collection, which will be published in 2021, and I’m also assembling another group of poems that will either turn into a second collection or a pamphlet—I haven’t decided which yet. I’m also delighted to have been asked to be an assistant editor of the new online journal 192, the first issue of which is launching imminently, which is a great opportunity to engage with poetry from a completely different perspective. When COVID-19 restrictions are fully lifted, I’m looking forward to attending some classes and workshops, and hopefully our local literary festival, the Paisley Book Festival, next spring.