Larry Pike on Writing a Poem for a Workshop 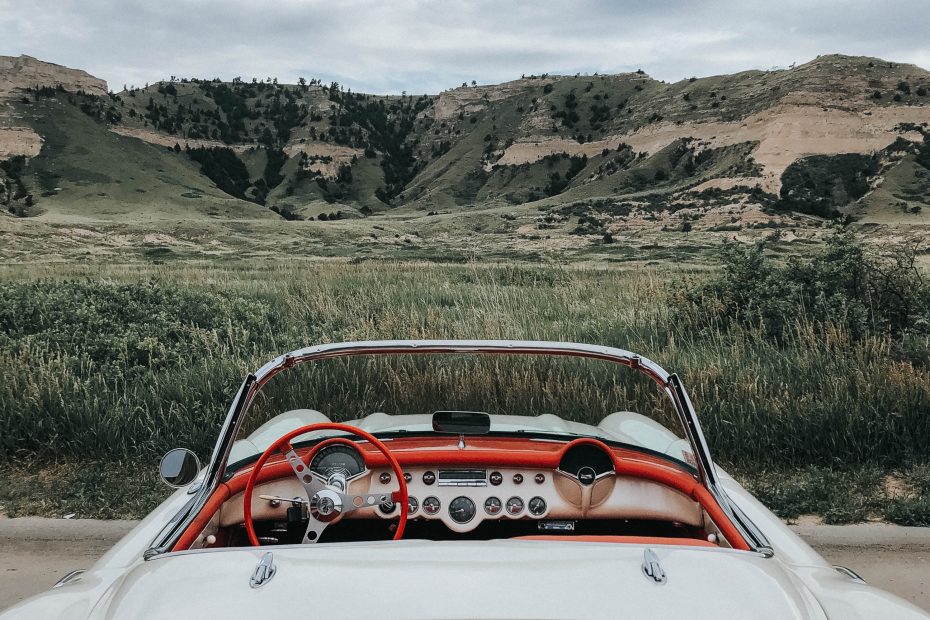 Larry Pike has poetry and fiction published in The Louisville Review, Seminary Ridge Review, Caesura, Exposition Review, and Vitamin ZZZ, among other publications. He has work forthcoming in Jelly Bucket. He lives in Glasgow, Kentucky.

His poem “Easing Out the Clutch” is published in Capsule Stories Summer 2020 Edition. The poem describes a driving lesson in a parking lot and the freedom that comes with learning how to drive.

Capsule Stories: Tell us a little about the inspiration for “Easing Out the Clutch.” How did Michael Pettit’s poem “Driving Lessons” inspire this poem?

Larry Pike: Last June I was attending the Mountain Heritage Literary Festival at Lincoln Memorial University. In a poetry master class session, instructor Joseph Bathanti, who is professor of creative writing at Appalachian State University, gave us a copy of “Driving Lessons” by Michael Pettit to use as a model for our own poems about learning how to drive. I skimmed it, not wanting to be too influenced. I have clear memories of my learning-to-drive experience, which included a school driver’s ed course taught by a guy who played on the offensive line for the New York Jets in Super Bowl III; he pretty much filled up the front seat and commanded the attention of those of us assigned to his car. Mainly, though, I learned in my mom’s little car because she could take me driving after school. This is an autobiographical poem, but some “license” (of course, since we’re talking about driving) was taken, like making my dad sort of the foil, especially since my wife said I was the same way. Also, I’m not sure my mom was quite as calm as portrayed. The Fiat, however, is 100 percent real, the greatest car ever. I wish I still had it.

Capsule Stories: In this poem, you take an ordinary life experience—learning to drive—and elevate it to a poetic moment. How do you balance the tone of such an ordinary moment with expanding and elevating the moment into a poem?

Larry Pike: I tried to contrast the physical details—such as Mom’s good driving habits and the description of the parking lot—with my emotions, the uneasiness of getting behind the wheel and figuring out how to coordinate body and machine, as well as dealing with different teaching styles. There are universal elements to learning to drive in a manual transmission vehicle. I’ll bet everyone who’s done it was told variations of “give it gas” and “take it slow,” and with the same results. Michael Pettit said he and his sister “bucked and stalled the truck.” In my efforts, “of course I stalled and bucked,” a nod not only to Pettit but to every student driver before me: that’s what we do. But once you can get your eyes and hands and feet in sync with the car, the world opens up. You’re a kid on the cusp. I hope I captured the richness of that feeling.

Larry Pike: In this case I didn’t cut. The first version was a quick-and-dirty fifteen lines, a workshop draft written on deadline. It required more substance and polish.

Capsule Stories: Do you usually find yourself expanding and polishing a poem after its first draft, or do you usually write big and cut down? How did the workshop experience of writing this poem on deadline differ from your usual process?

Larry Pike: Many poems start “small” because my initial draft may be the capturing of key phrases or ideas, not necessarily complete lines or sentences. I’ll keep writing and rewriting. Sometimes a version gets enlarged and stays that way. Sometimes an early version grows, then gets compacted as it progresses toward its finish. A lot of my poems tell a story, and these may take some space to develop.

“Easing Out the Clutch” differed from typical efforts. The workshopped draft was a “whole” poem, it just wasn’t “complete.” Or maybe vice versa. What I mean is, there were images and elements missing that had to be discovered through the revision process. When they were found and added, this poem got longer but, to me, more satisfying.

That doesn’t mean I don’t try to be precise and economical, in the way Ezra Pound advocated. For example, I always think about advice my dear friend Joy Bale Boone, the late Kentucky poet laureate, gave to those of us who were members of her writing group: Eliminate definite articles. Joy just didn’t like seeing “the” in a poem. It can’t always be avoided (or I can’t seem to avoid it), but because of her emphasis, I play a game with myself to try to cut every “the” out. Focusing on that detail always helps me tighten a piece.

Capsule Stories: How do you know when you’ve worked on a poem enough and are ready to submit it?

Larry Pike: Is there a reliable answer to that mystery? Eventually, a piece feels right and sounds right to me. I’ll send it out. Which doesn’t mean it may not get revised again. A writing mentor in a playwriting class once advised, “A play is never written, just rewritten.” Poems can be like that, too.

Capsule Stories: What writing projects are you working on now?

Larry Pike: My current project is assembling a full-length collection, tentatively titled Even in the Slums of Providence, to submit. (I hope I haven’t jinxed it.)