Carol McGill on Crafting an Urgent, Frenzied Story with Perspective and Punctuation 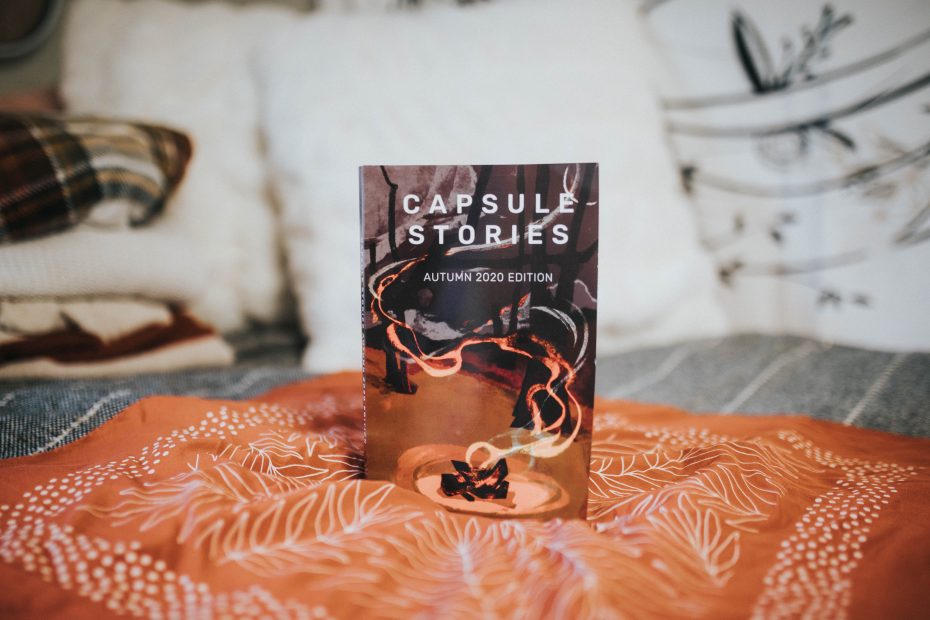 Carol McGill lives in Dublin. Her short stories have been published in Sonder Magazine, Crannóg, Number Eleven Magazine, Silver Apples Magazine, and the anthology Words to Tie to Bricks. She has also had work appear in the online magazines Q/A Poetry, Brilliant Flash Fiction, Rookie, and Germ. She is currently organizing the Morning Coffee Writing Competition, in association with Sonder Magazine, as a fundraiser for the Dublin Rape Crisis Centre. She was the 2019–2020 chairperson of Trinity Literary Society.

Her short story “Sublimation” is published in Capsule Stories Autumn 2020 Edition. In “Sublimation,” a woman is desperately cold, and her attempts to warm herself up become more and more frenzied. The story explores what it’s like to be in an emotionally abusive relationship from an up-close first-person perspective.

Carol McGill: Initially, I was playing around with the idea of what would happen if a person’s body couldn’t hold onto heat. It took a few drafts to find the right metaphor for the story. After discussing this piece with my (unbelievably talented) writing group, I saw it could be adapted to reflect on an emotionally abusive relationship.

Capsule Stories: Why did you choose to tell this story from a first-person point of view in the present tense?

Carol McGill: I wanted the piece to feel very urgent, immediate, in the moment. I also think a first-person perspective emphasizes that the narrator’s interpretation of events is not necessarily accurate. This is especially important given there is a touch of speculative or supernatural elements in the story. Present tense is fun because it allows for an ambiguous ending.

Capsule Stories: There is one sentence in second person in the narrative: “I jerk the mug up to my face—I can feel its heat in my hands—and I gag for joy as I swallow the water. I think it’s scalding holes in my mouth and throat but I want that, that’s good. Wouldn’t you want that? Drops fall onto my cheeks, leaving angry red marks, and I feel tears of relief soothe the beautiful burning blotches.” What effect does this second-person sentence and break in the point of view have on the narrative and how the reader encounters the story?

Carol McGill: I don’t think I realized how strongly I felt about this line until we were discussing it in edits. I wanted to keep it because I wanted that section to be jarring, and I think this line helps to achieve that through the language as well as the dark content. I also feel like with abusive relationships, people are inclined to distance themselves, to see it as none of their business, or not their place to interfere. I wanted to explicitly invite the reader into the situation, and I was okay with that feeling a little uncomfortable.

Capsule Stories: In revisions, we discussed punctuation as it related to pacing—when to replace a comma with a semicolon and when to retain the comma even if it’s grammatically “incorrect.” Talk a little about how you decide when to break punctuation rules to maintain the pacing of the story.

Carol McGill: I wanted the pacing in this story to build, getting faster and faster as the narrator became more frenzied. In some ways the narrator gains control at the end of the story, but in the process of getting there they’re very much out of control, and I like how bending the punctuation rules reflects that.

Capsule Stories: You titled this story “Sublimation.” Sublimation is defined as “the transition of a substance directly from the solid to the gas state, without passing through the liquid state.” Talk a little about why you chose this title and what layer of meaning it adds to the story.

Carol McGill: Credit has to go to my friend Astrid Vallet for the title (she’s a great writer—look out for her forthcoming poem in Honeyguide Literary Magazine). We were brainstorming heat-related names. I thought the scientific definition of sublimation matched the urgency and extremity of this particular story, but when researching it I also found it defined as the process of refining, purifying or freeing something, which made it even more perfect as a title.

Carol McGill: Oh, there are so many! My favorite author is probably Maggie O’Farrell, particularly The Vanishing Act of Esme Lennox. I adore Deirdre Sullivan; her collection of fairy tale rewrites Tangleweed and Brine is one of my favorite books. Emma Donoghue is also incredible—I loved Room but also Hood and Kissing the Witch (fairy tale rewrites again).

Carol McGill: At the moment I’m organizing a short story competition with Sonder Magazine as a fundraiser for the Dublin Rape Crisis Centre. It’s called the Morning Coffee Writing Competition, and the winners were chosen by the incredible Sarah Davis-Goff, author of Last Ones Left Alive. We raised just over €1,000, which was incredible—people were so generous with their donations. The winners have been announced, but keep an eye out for us for future opportunities—you could follow us at @m_coffeecomp or Sonder at @MagazineSonder on Twitter.