Alice Rogers on Playing With Cowboys’ Gender and Sexuality in Westerns 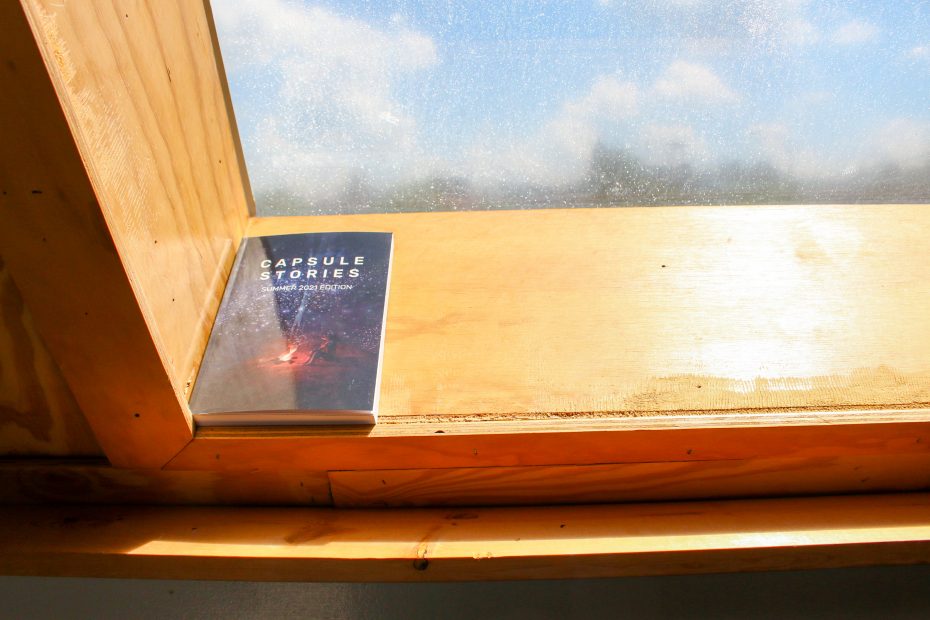 Alice Rogers is a Welsh writer recently graduated with an MSc in creative writing from The University of Edinburgh. They specialize in American historical fiction with LGBT+ themes.

Alice Rogers’s short story “In the Sweet By and By” is published in Capsule Stories Summer 2021 Edition. The story is about two boys on the cusp of a journey they hope will take them far away from home, from family, and from the people they were to those they’ve left behind.

Capsule Stories: Where did the idea for this story come from? Tell us about your interest in cowboys and American historical fiction!

Alice Rogers: I originally got the idea for the story while reading a diary written by a young cattle driver in the late 1800s. The whole book was interesting and full of great parts, but one tiny bit really struck me—the author describes how the cowboys keeping an eye on the cattle at night would whistle or talk to soothe them. It was such a small moment, but it was so atmospheric that I found myself starting this story the same day. I had vague images of two bed rolls and the gap of dirt between them, the cattle song and the smell of the animals, the night sky. Everything else that came with it (including the characters’ relationship, Caleb’s being trans) unfolded as I wrote it, but that central image of the two beds and the winding singing and whistling to the cattle were what I began with. I think there’s something really moody and sensory about the desert, and about stories set in the West, and I find myself quite drawn to the setting, and inspired by it too.

I like writing about cowboys because the figure of a cowboy is really fascinating to me—it’s something that’s been so romanticized and mythologized that it’s almost become meaningless? So often I find myself wondering about what really makes a cowboy. Is to be a man to be a cowboy? Is to be a cowboy to be a man? They’re this hyperreal figure, symbol of rugged American masculinity, but at the same time they’re sensitive, thoughtful, nomadic. Obviously a cowboy is really just a man who works with cattle, so what is it about The Cowboy that has made him so much more than that? I think everyone wants the opportunity to escape and live this idealized Wild West life that Westerns show us. I don’t know. All I know is that a cowboy is a fun figure to play with in writing, especially when it comes to gender and sexuality.

I’m writing a novel currently in which a teenager dons their dead brothers’ clothes and goes out into the world to find their way, driven along by their own misguided desire to become a cowboy—whatever that means. Jury’s still out on whether they ever discover it, but it’s that ambiguousness I really like about writing cowboys. They can kind of be whatever you decide they are—we’re past John Wayne as the quintessential cowboy. We know now that cowboys were women too, and trans people—that they weren’t all white but Black and Latinx and Native too. I think as the boundaries for cowboys shift, the more fun it is to write Westerns! It’s something that draws me to historical fiction as a whole, really: the potential to delve into history and have fun with the ambiguity that comes with the past.

Capsule Stories: In this story, there’s so much that’s implied rather than said on page, especially about the characters’ transness. As you wrote and revised the story, how did you decide what to put directly on the page and what to obscure slightly?

Alice Rogers: I’m not sure if it was really a purposeful obscuring; I like to write stories about LGBT people that don’t necessarily hang a lampshade on their connection to the community. I take a lot of pleasure in the connection that gets made between author and reader when something is written and understood without needing to be explained too much. It means that it may be too obscured for some readers, but I’m okay with that! It also feels more natural to me: less so a moment of exposition and more a slow unfolding of understanding.

Capsule Stories: In your Twitter bio right now, you say “vibes over plot.” That’s such a fitting description for this story: on its face, what happens is two people talk as they’re going to sleep, and any action is conveyed in backstory. Yet this story is immersive, it feels deep, it feels like we really get to know these characters. Can you talk about “vibes over plot” in your writing, and specifically with “In the Sweet By and By”?

Alice Rogers: I really take a lot of pleasure in setting a scene and creating an atmosphere. It’s so much more satisfying to me than crafting a plot, and I’m always happiest when going for the “vibes.” It’s probably because I enjoy writing more character-driven things as opposed to plot-driven: I prefer a story that lingers over the little things and showcases characters and the world around them, and gives the characters room to breathe and relax and let whatever moments of plot that are there to come through. A long time ago I read an interview by Hayao Miyazaki in which he talks about the “gratuitous motion” in his films, and something about it really struck me. He calls it “ma”—emptiness—spaces in the story to let tension grow and expand. A big part of my love for the vibes over plot is informed by that: I like to use those moments of emptiness to have characters reflect, to not speak, to pull at a thread on their blanket and smell the night air.

The meaning in “In the Sweet By and By” kinda comes to the surface in these breathing moments. I wanted the sounds of the men singing and whistling to the cattle to signify these moments, to act as a backdrop to Bill’s thoughts about what they’ve left behind and what might lie ahead. The mind thinks best when there’s something else going on in the background, or if there’s something to fix your eyes on and let your mind turn—the stars and the night sky in this case. I just love to indulge in that sort of thing. Almost like pre-plot stories, or post-plot stories: the main thrust of the story has happened (or is about to happen) and so the characters are just inhabiting that breathing space, taking in the world around them, trying to work out what’s changed and what’s stayed the same. So, at first glance maybe it’s mostly Vibey. Richly atmospheric stories are so, so satisfying to me. But tucked away at certain points, story begins to shine through.

Capsule Stories: It is so difficult to pull off writing dialogue and narration in an accent without it feeling over-the-top or cliche, but you strike just the right balance in this story and it reads so smoothly. For example: “We come from the same town. Came to drive cattle for the same reason. Probably having the same fears keeping us both awake, too. Me and Caleb get along like that. We got the same birthday. My momma always told me we’ve got the same fool head too.” How do you approach writing in a western drawl and getting it to sound right?

Alice Rogers: Honestly, I think I just go for it and pray! I’m always very aware of going too far into it and making the character sound cartoonish or like a caricature; I feel like having restraint when it comes to accents is really important, because it can really ruin a story when it’s too over-the-top to feel realistic. I’ve always been pretty self-conscious as a Brit writing American characters—especially when I get into dialogue—but I read a lot and I watch a lot of Westerns and I guess certain phrases or manners of speaking have rubbed off on me!

Capsule Stories: What drew you to exploring themes of sleeplessness and new beginnings in this story?

Alice Rogers: I really love to write a character who is in flux. Whether they’re coming or going, or returning, departing: I really like to explore that moment where they’re on the threshold about to step over into something else. Sleeplessness feels like a natural state for someone on the cusp of something like this, and as a lifelong bedtime overthinker I really like the dreamy, meandering routes that anxiousness or worrying can take when someone is trying hard to sleep. So the two melded together in a way: the sleeplessness that comes with new beginnings.

Plus, I love writing conversations that take place through darkness. I think there’s something so special about speaking to someone and knowing that they can’t see your face, and that you can’t see theirs either. Midnight conversations always feel so vulnerable and honest, and I really wanted to show Caleb feeling very loose-tongued and able to talk about what was worrying him because of the cover that darkness brings.

Capsule Stories: What other writers or artists have influenced you, and specifically, this story?

Alice Rogers: I read The Log of a Cowboy by Andy Adams and immediately wanted to write my own story about cattle driving. I also always find myself turning to Annie Proulx (specifically her short stories), as well as Steinbeck and some of the Western pulp greats: Louis L’Amour, Zane Grey. Plus, music: Nick Shoulders, Patsy Cline, Orville Peck, Ian Noe, Colter Wall. I drive to work and listen to the stories in their songs and get so inspired by them that I wish I could turn the car around and go home to write.

My biggest inspirations for writing in general are Chuck Palahniuk and Joan Didion: I think it’s sometimes upsettingly obvious that I spent my formative years obsessively rereading Fight Club and Invisible Monsters, and my twenties thinking about Play It as It Lays each waking moment.

Alice Rogers: Currently I’m staring down the end of a novel I’ve been writing throughout lockdown, though I’m a little scared to finish it because that means I have to edit it, and I’m not looking forward to seeing whatever mistakes my quarantine-cooked brain made!

Otherwise, I’m working on a zine with a few friends, featuring art and writing on the theme of gender and sexuality in the West! So if anyone particularly enjoyed “In the Sweet By and By” for its gay/trans cowboys, they’ll be into this zine for sure.

Read “In the Sweet By and By” by Alice Rogers in Capsule Stories Summer 2021 Edition.