The Humanness of Nature in Ai Jiang’s Poem “March” 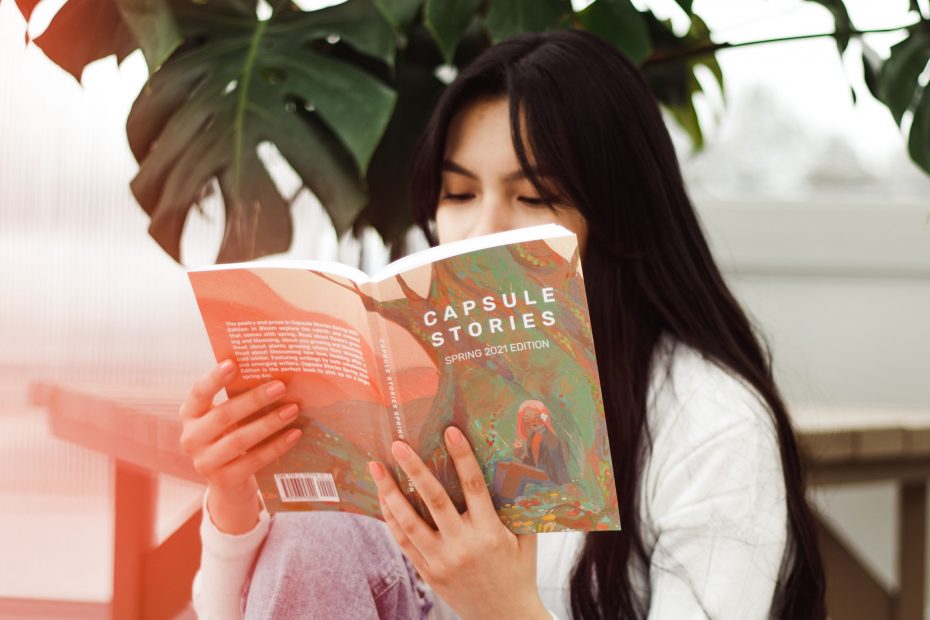 Ai Jiang is a Chinese-Canadian writer and poet who graduated with a BA in English literature from the University of Toronto and is a student at the Humber School for Writers. Her work has appeared in Maudlin House and is forthcoming in Beyond Words, Star 82 Review, and elsewhere.

Ai Jiang’s poem “March” is published in Capsule Stories Spring 2021 Edition. The poem explores the transition from winter to spring and how the transition of seasons isn’t always smooth, much like the unpredictability of humans throughout various stages in their lives.

Capsule Stories: Your poem has a different take on our theme In Bloom. The poem describes the transition from winter to spring. We see plants budding and the ground thawing in the poem, but the last two stanzas withdraw back into winter: “At last, the soil wakes / along with the life // that waits beneath, but / withdraws into depths again / when March snow visits.” Talk about this idea that the transition from winter to spring isn’t always smooth. Why did you want to explore this theme through the poem?

Ai Jiang: When I was thinking about the theme In Bloom for Capsule Stories Spring 2021 Edition, what came to my mind was the unpredictability and instability of the seasons nowadays. Although it is often considered spring once we reach March, I can’t help but recall previous years when it seems like nature is still hibernating, and there were still odd days of snow well into April. During these days, I always wonder if the nature preparing for spring bloom recoils from the coldness of March and April snow, thinking, “Oh, it’s still too early to say hello.” I wanted to explore this theme, to recognize the “humanness” of nature and how, like us, nature is capable of change, emotion, unpredictability.

Capsule Stories: What ideas or images did you cut from earlier drafts of this poem?

Ai Jiang: People. I cut the presence of mankind in my poem because I wanted to focus on nature and its processes of seasonal change. I find often in including humans with nature, there might be a greater focus on the human, and the naturalistic aspects become something that is indicative of the human’s personality, characteristics, and background rather than something recognized independently. In my poem, I wanted to have nature say something about humans rather than the other way around.

Capsule Stories: Can you talk more about this idea of the humanness of nature and how the poem speaks not just about nature, but about humans undergoing periods of transition and change? What is the poem saying about humans?

Ai Jiang: In terms of transitions, we all understand that humans are unpredictable and no doubt differ from one another in the way we react and adapt to changing circumstances. I think this is often something we also overlook with nature—its unpredictability and “humanness.” Much like humans, nature thrives in ideal circumstances such as the smooth transition of seasons where weather and the surrounding environment are stable, allowing for utmost growth and development. However, this is not always the case, and like weather, the environments that humans live in are often not ideal. Yet we as humans, along with nature, will adapt to changing environments as necessary, even when it may slow, hinder, and disrupt our growth and forward path.

Capsule Stories: What other writers have influenced you, and specifically, the focus on nature in this poem?

Ai Jiang: There are no specific writers that influenced the focus on nature in this poem. For my poems, I find myself not drawing inspiration from other writers but from the subjects of the poems instead.

Ai Jiang: Since the pandemic began, I find myself more observing both in terms of my surrounding environment and those around me. I have a lot more time to think about my writing, to read the work of others, and to write in general. I think my writing is more reflective than before.

You can read Ai Jiang’s poem “March” in Capsule Stories Spring 2021 Edition, available in paperback and ebook wherever books are sold.